Two of the people I love the very very very most in this world had birthdays in the last few days. We've enjoyed celebrating, keeping it low key. 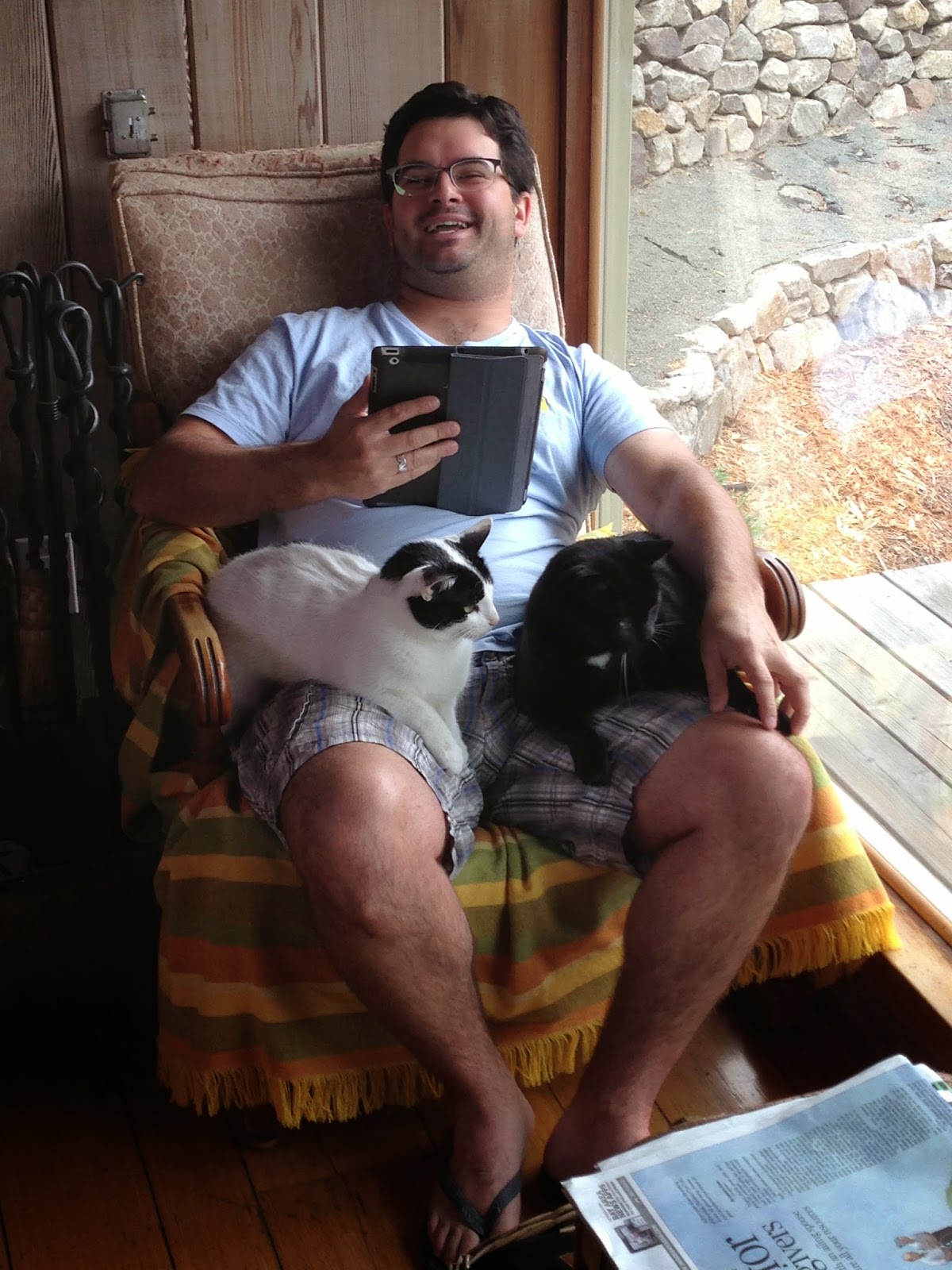 All Rico wanted for his birthday was a lap full of cats. Not really, but that's what he is stuck with! 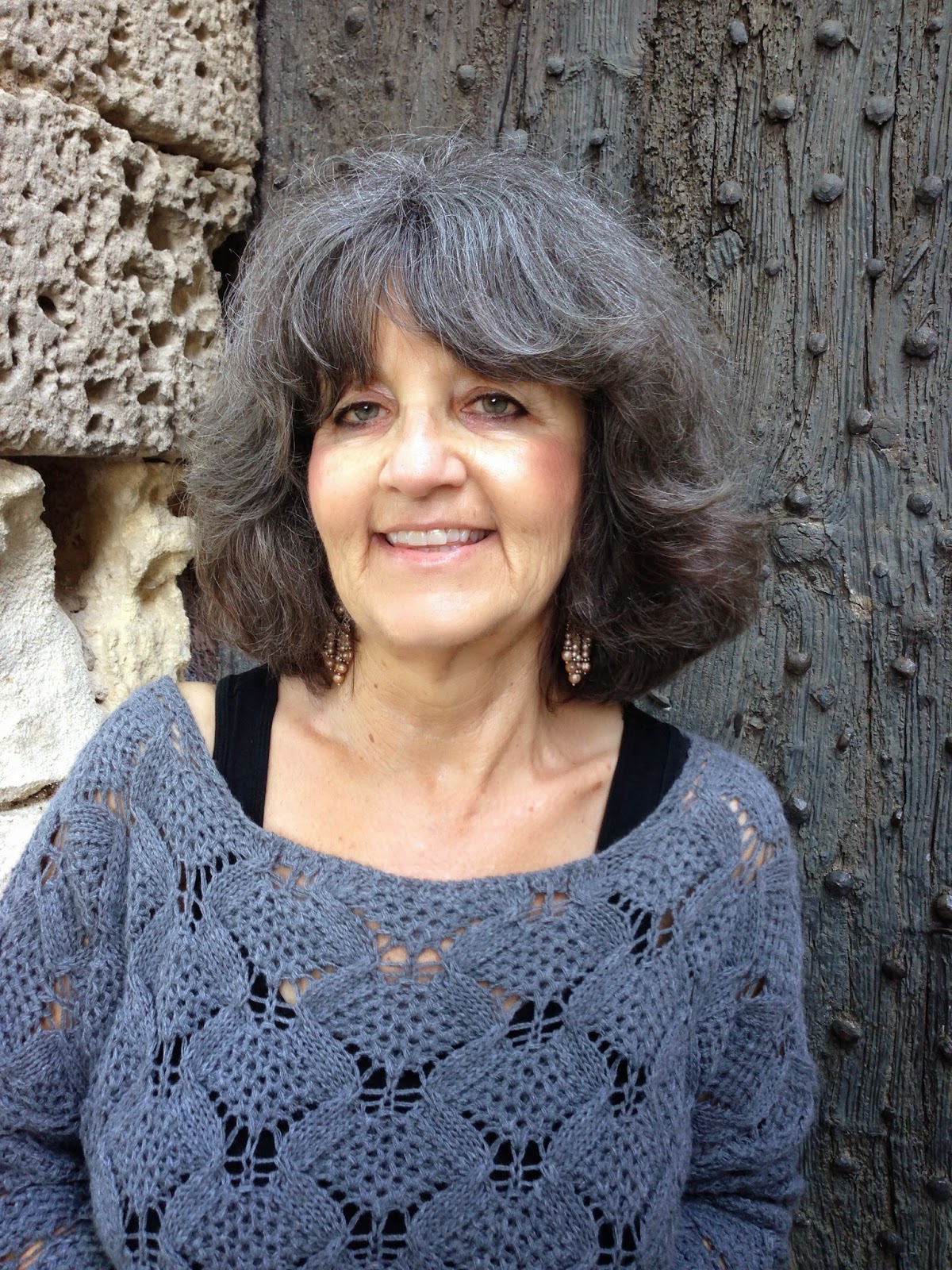 I love this photo of my mom that I took in Les Baux this summer when we went to France. 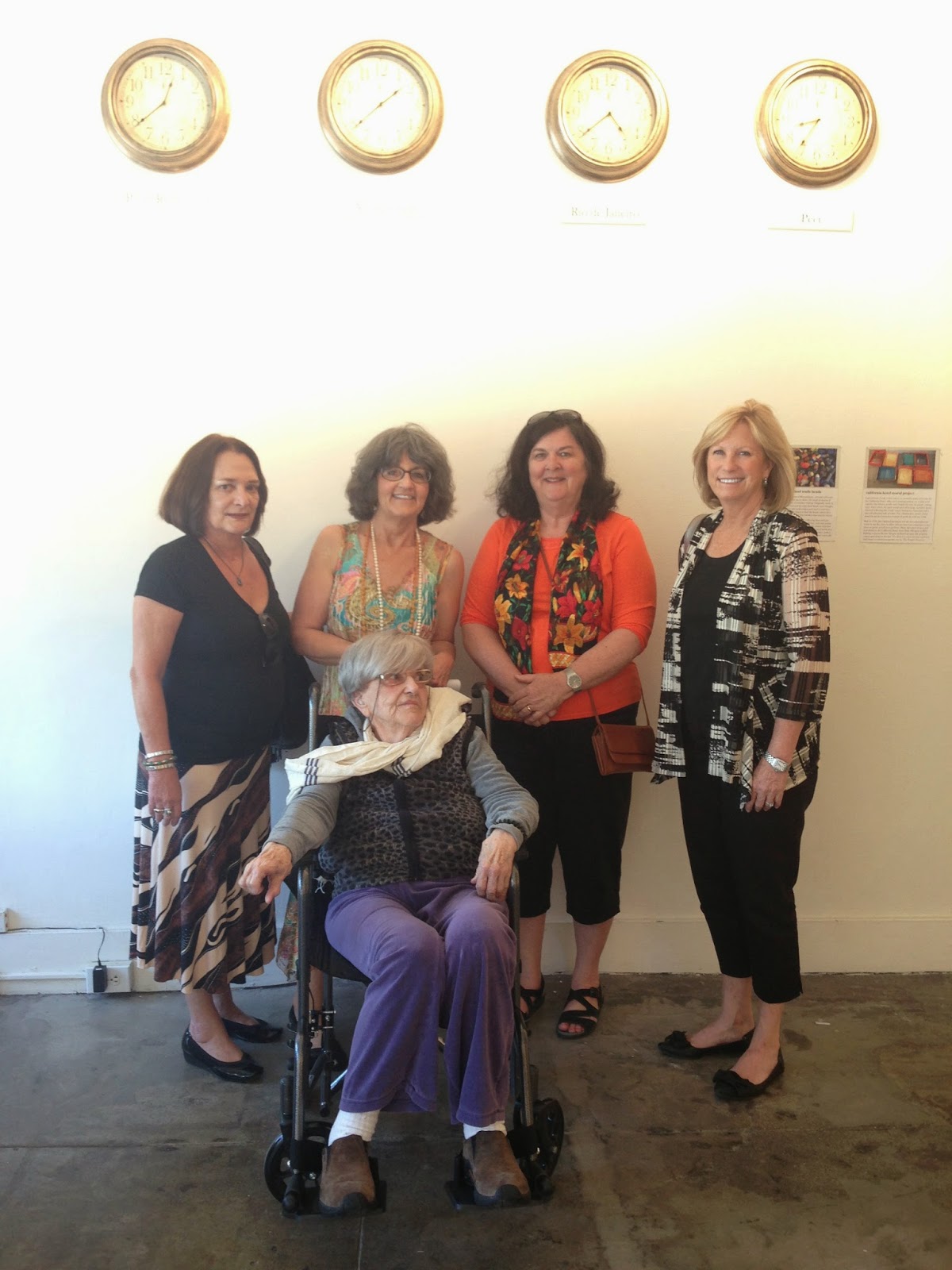 Speaking of milestones, my senior show went up one year ago today. When I stop to think about all that has happened, I feel profoundly overwhelmed. Grateful, excited, tired, bittersweet, hopeful, sad. What a ride. 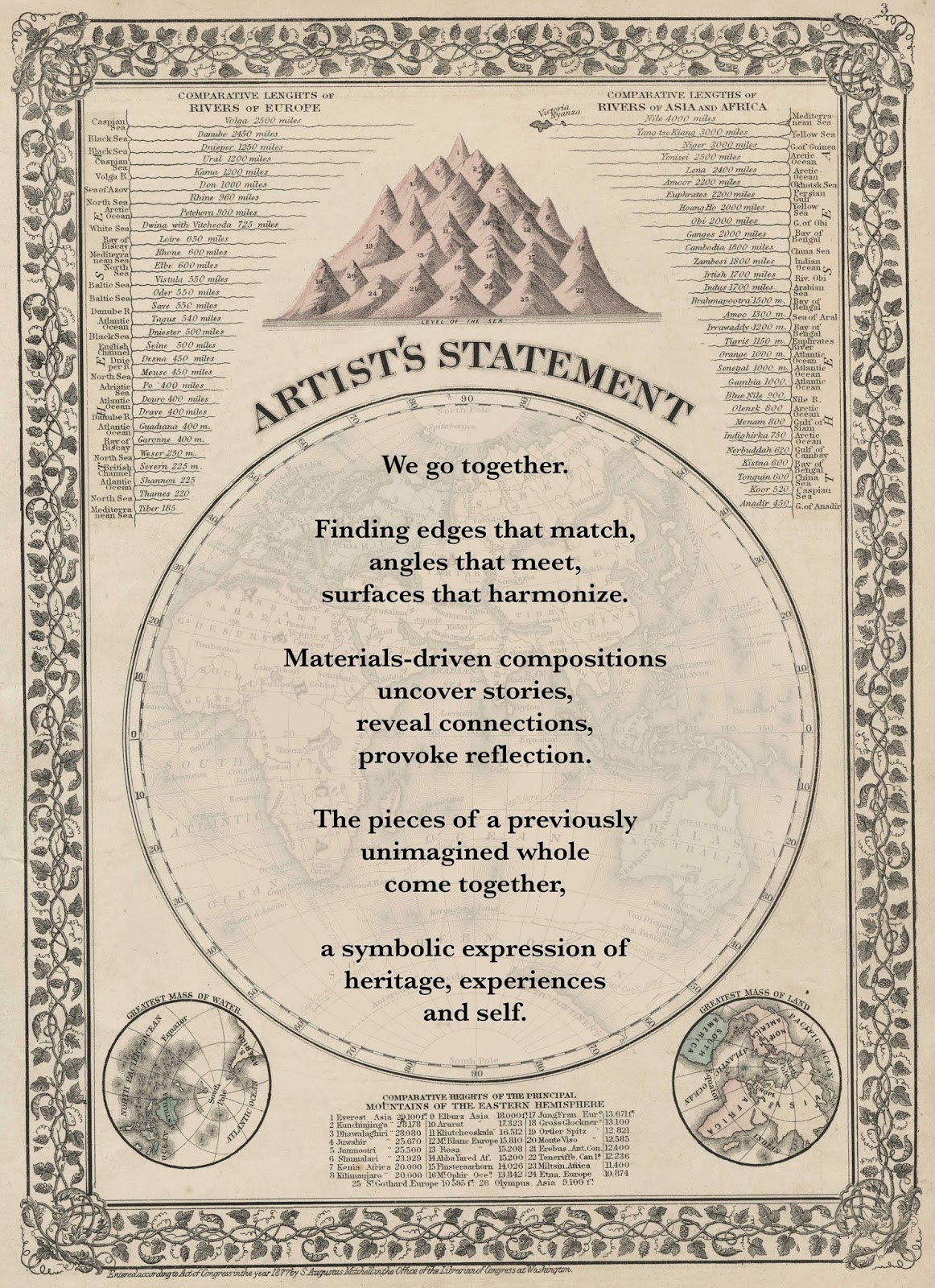 One thing that makes me very happy is that I continue to make work in the vein of my senior show (Origins & Routes). Working with repurposed heirlooms, collectibles, and found objects is what I feel most strongly expresses my voice. I'll be showing new work this week...fitting timing.
Posted by Ali Ambrosio at 4/30/2014 10:05:00 PM No comments:

What's been going on lately 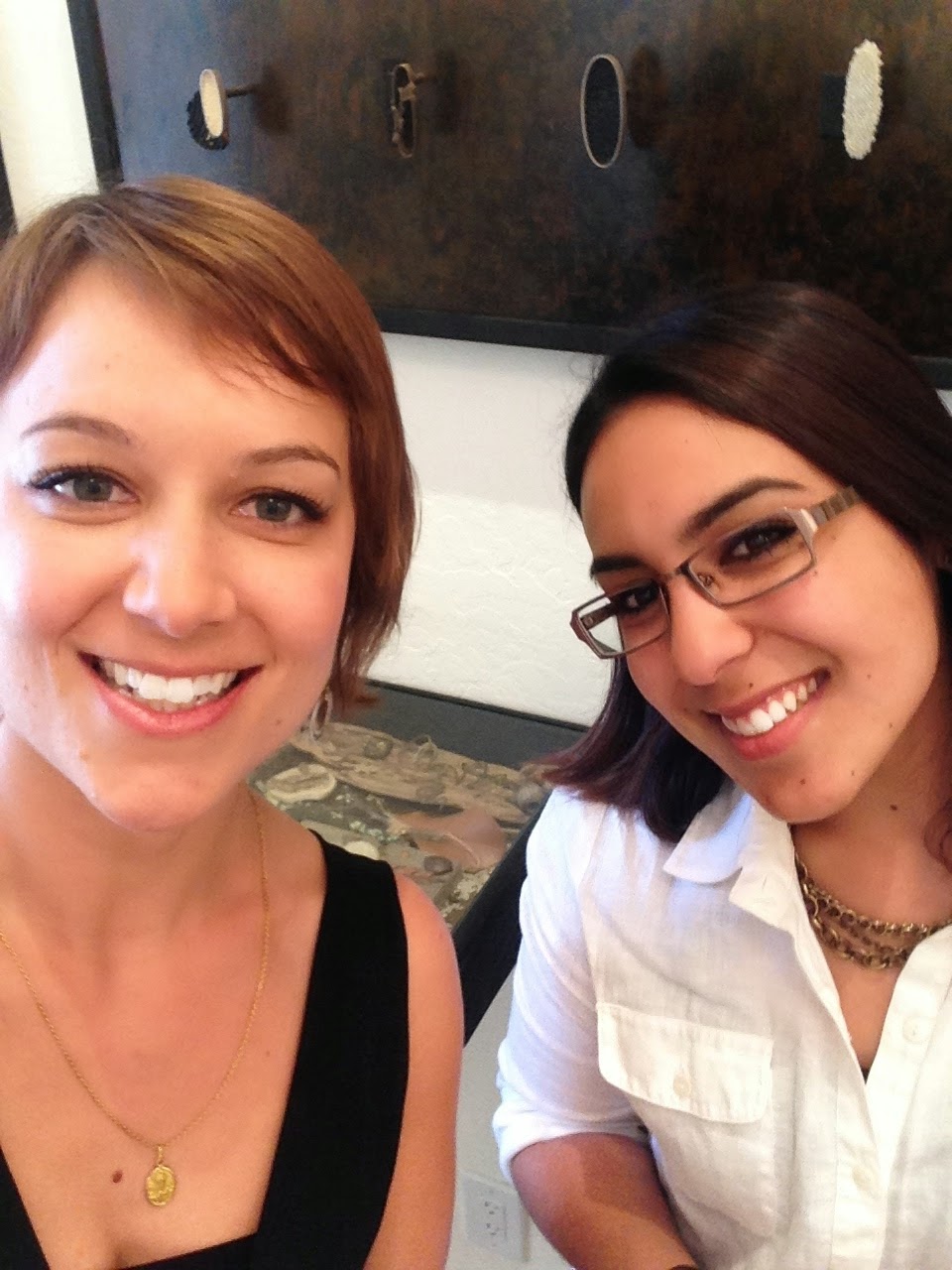 A lot, really. The gallery (the showroom is now a gallery, btw. linguistic obsessions...) Anyhow, the gallery has been on several people's radar lately, including the Chamber of Commerce. I had a visit from Jamie the other day, which was really nice. She is a big fan of Kina, so was super excited to see Emi's work in the gallery. 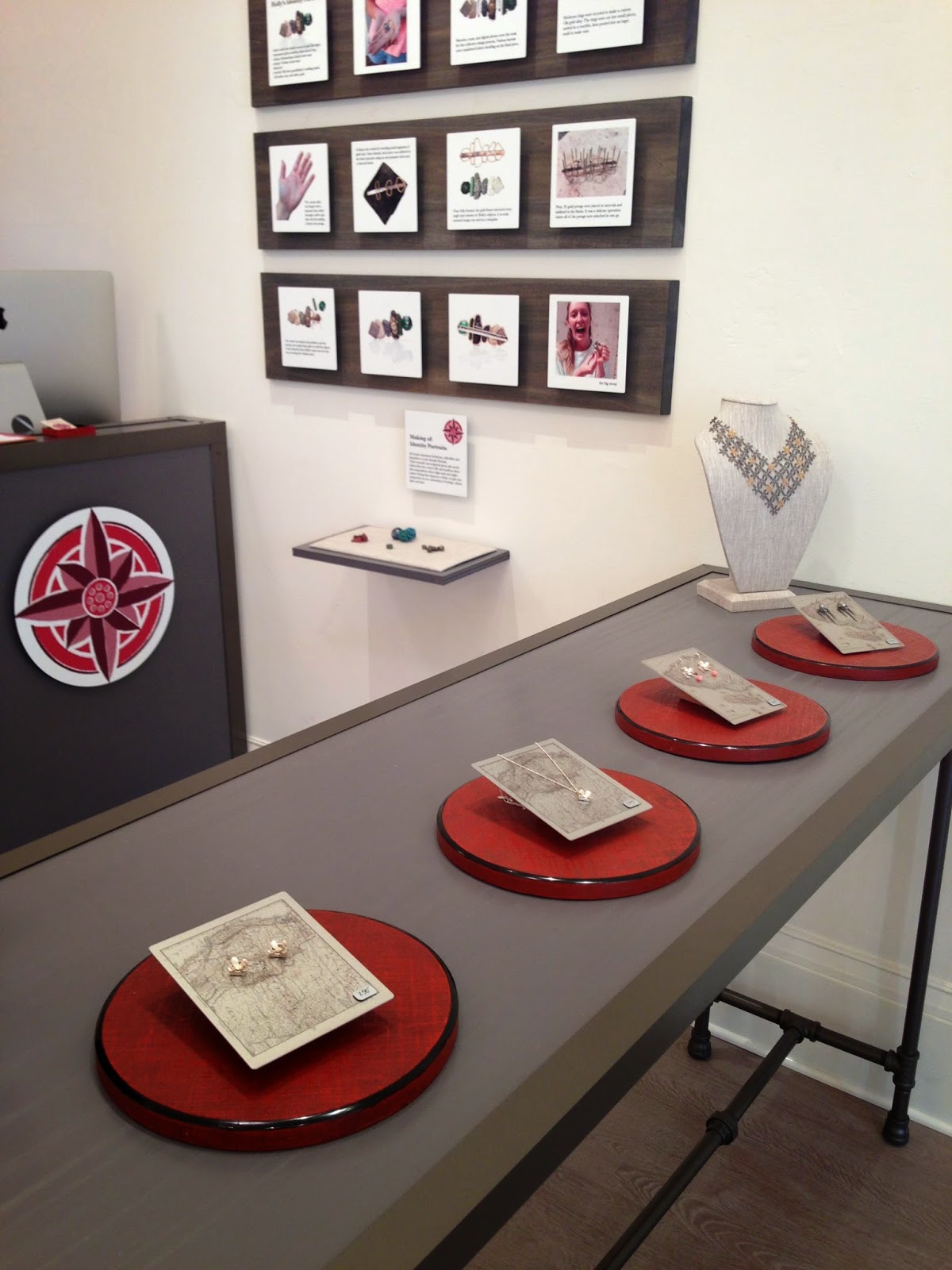 I've been heavily involved in organizing a community event called Point to Point. We are reinventing and reimagining our community, connecting the (red) dots, and having a lot of fun with pop-ups, performances, collaborations, and impromptu everything. Oh, look! I have red dots in my gallery already! Find out more here. Join us if you're in town! 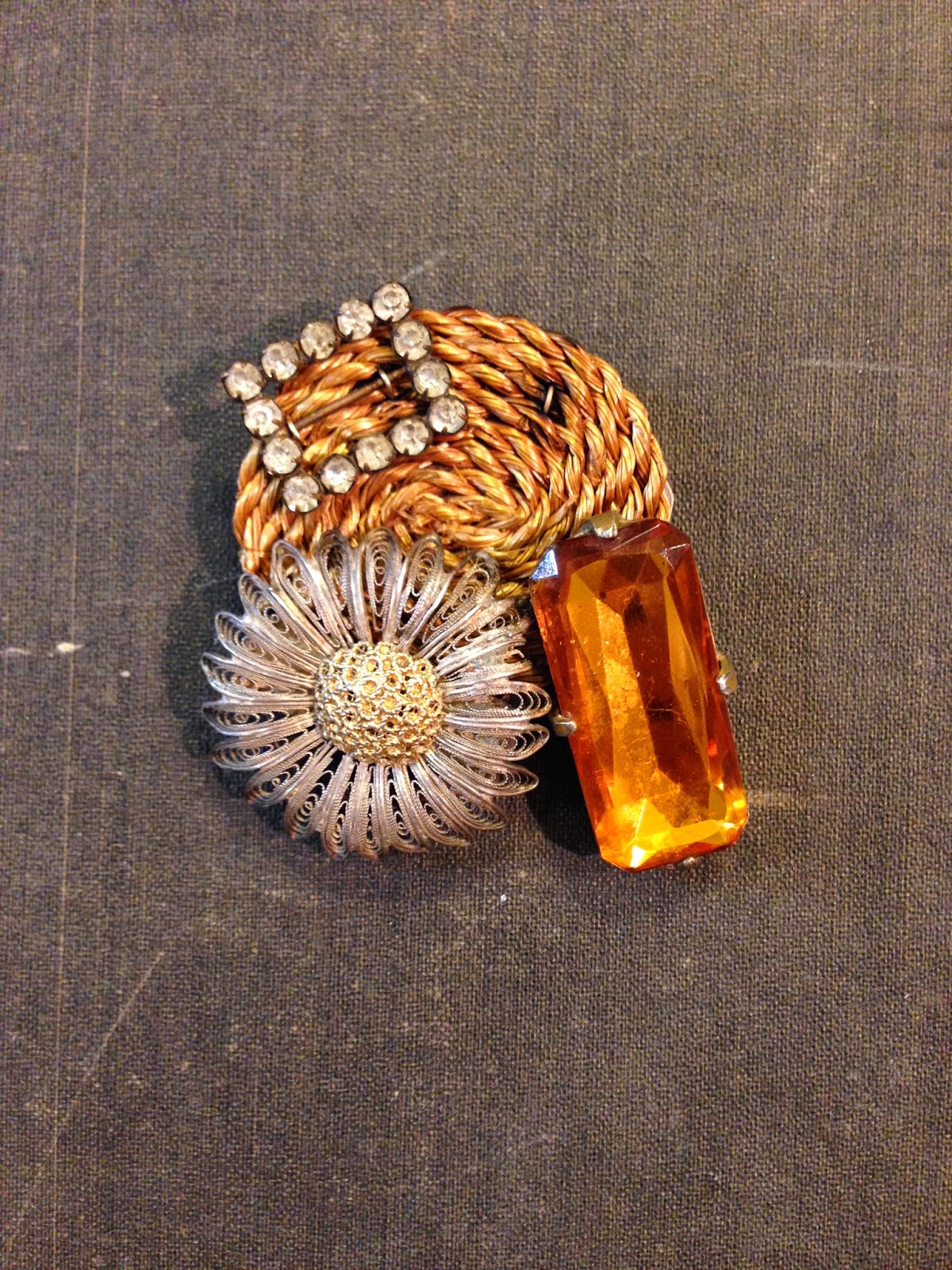 I've been making new work. Here's a piece called "You make me happy when skies are gray." It is composed of repurposed brooches and treasure components found in my grandmother's drawers in Italy and collected as a child, a woven golden grass disc (capim dourado, Brasil), and a copper and sterling silver backplate and prongs. It is a brooch and also a wall piece. 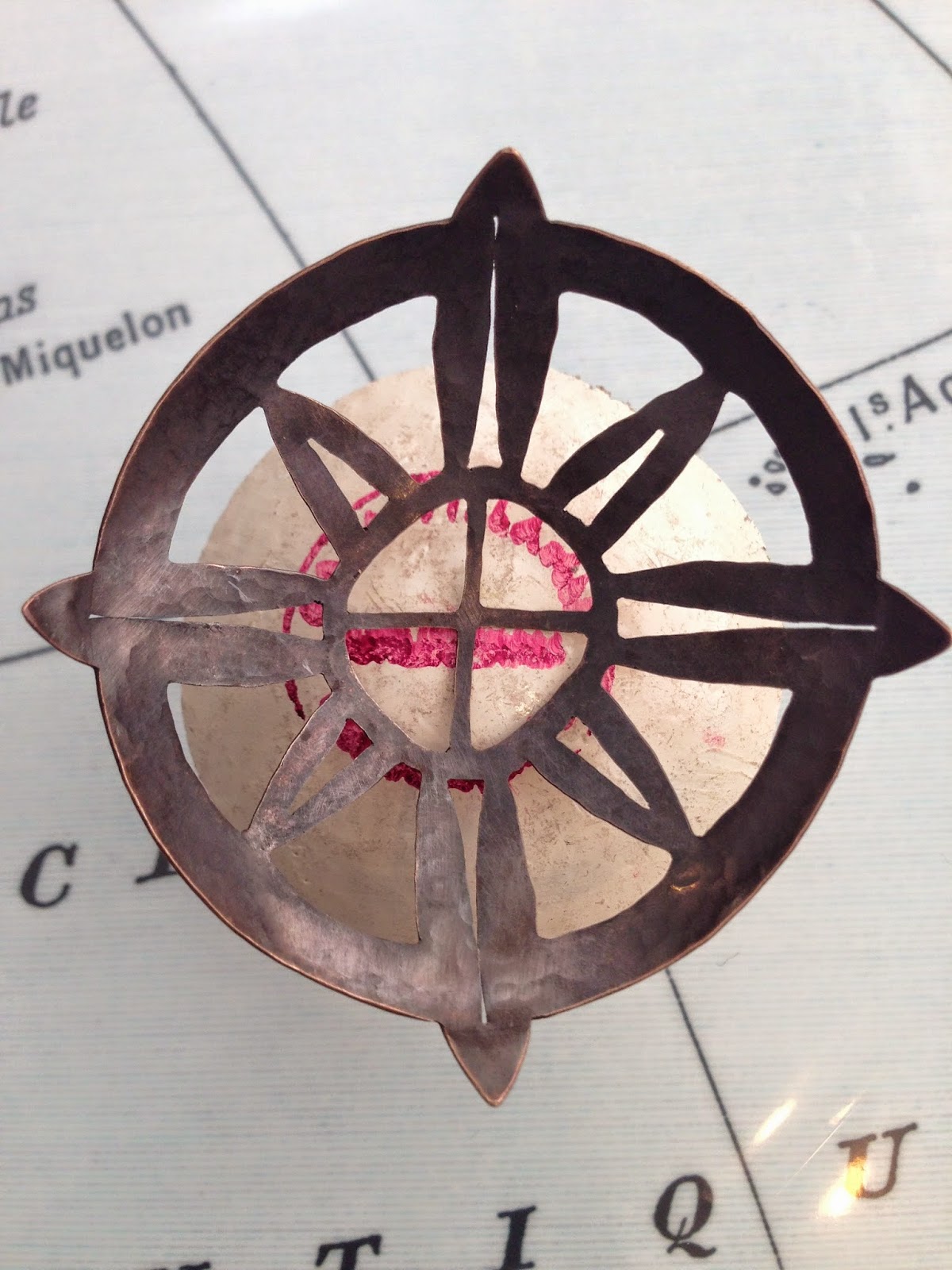 I've also been working on a custom project. It has to do with polo and voyages and championships. It's been a lot, and I just finished it, and I feel relieved and excited and tired. 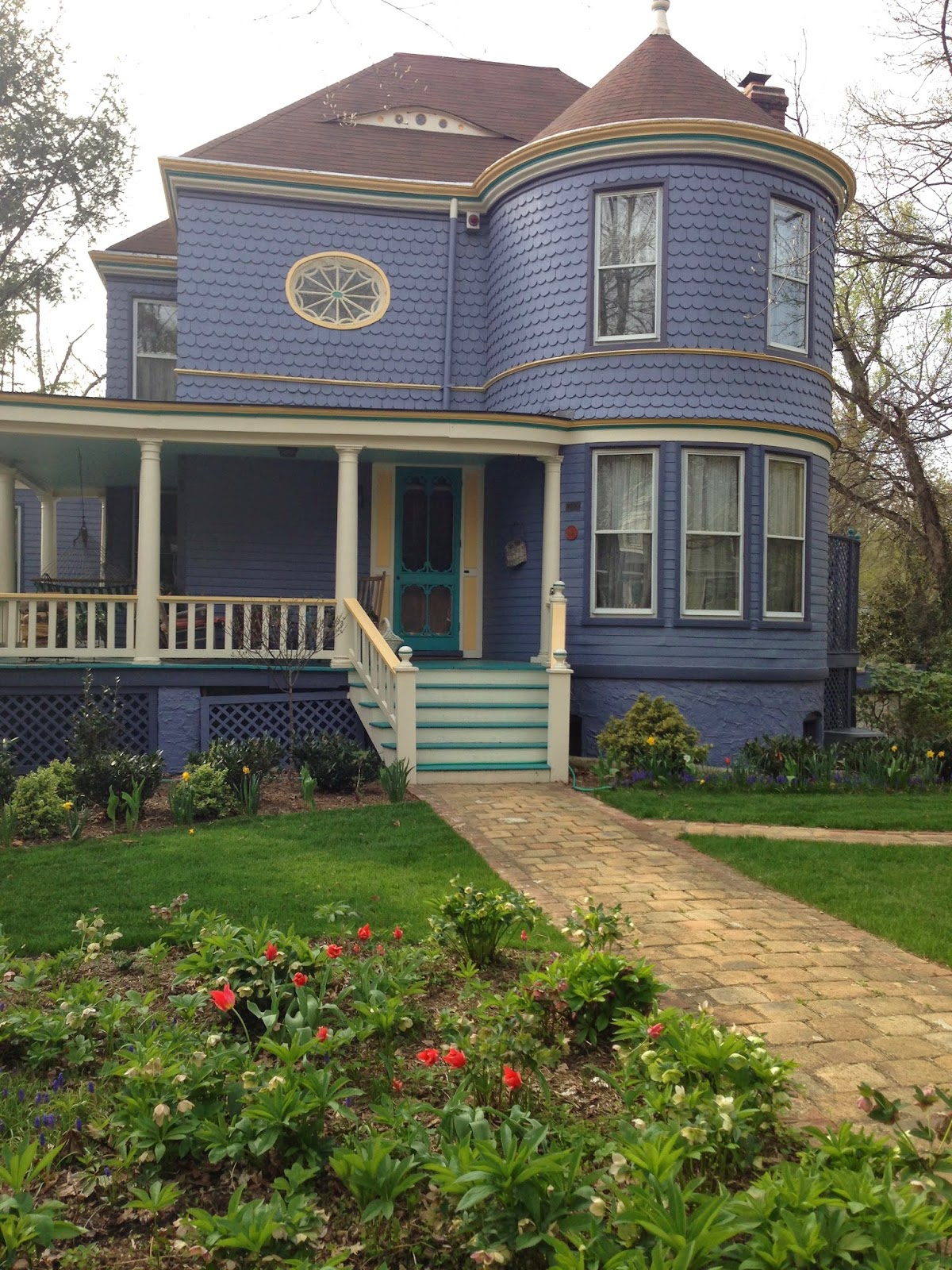 We went to Takoma Park (Washington, DC) to visit our very best group of Moz friends (minus a few good ladies and gentlemen, of course, but geography and babies make it hard.) Still, a reunion happened. 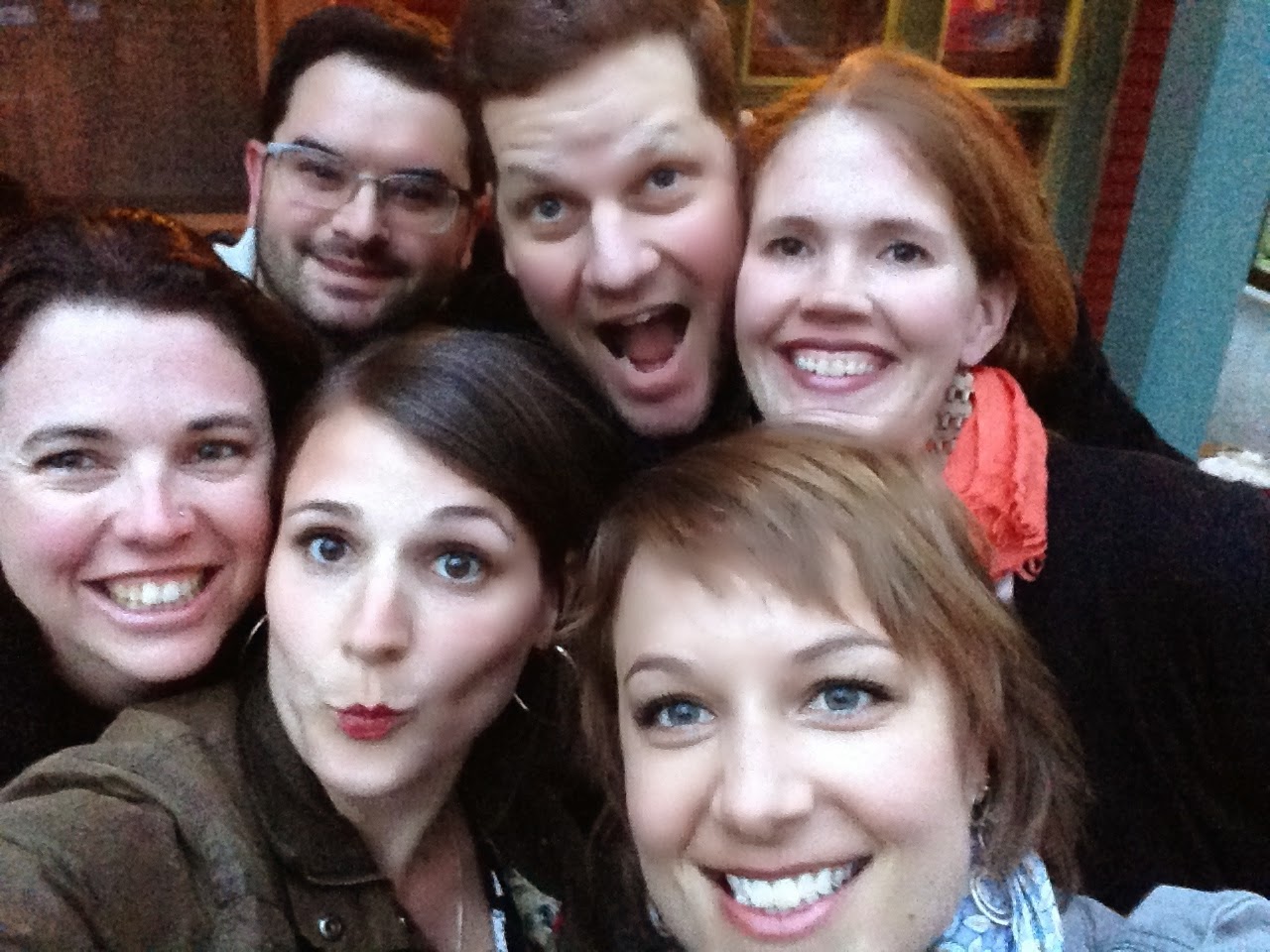 Here we are, being silly on the street before dinner. My friend Kyle joined us later, an old friend who I met in college (the first time around) in Albuquerque. It's good to be with old friends. Not "old"friends...Old. old. OLD. OLDOLDOLD. WHATEVER. You know. 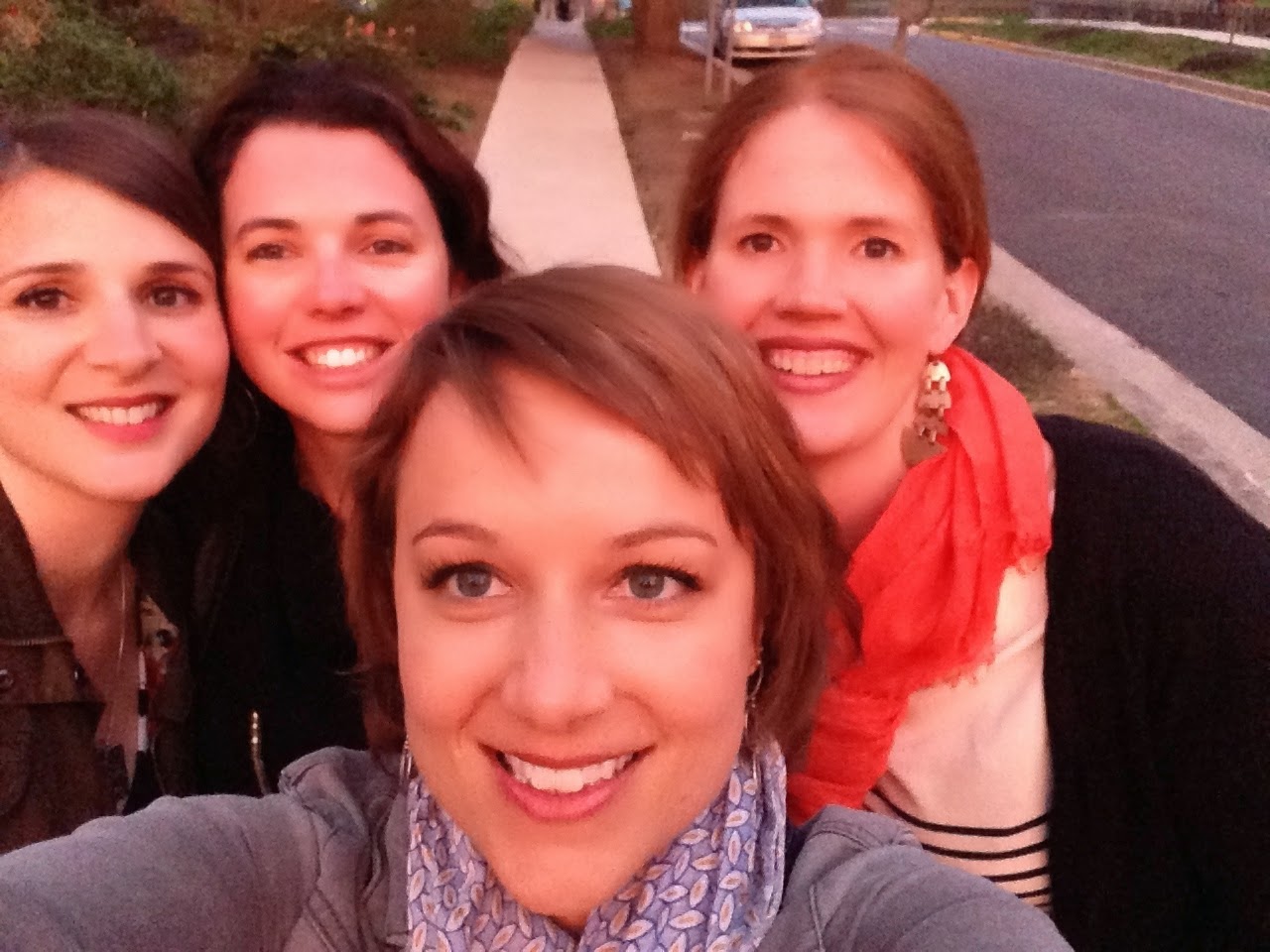 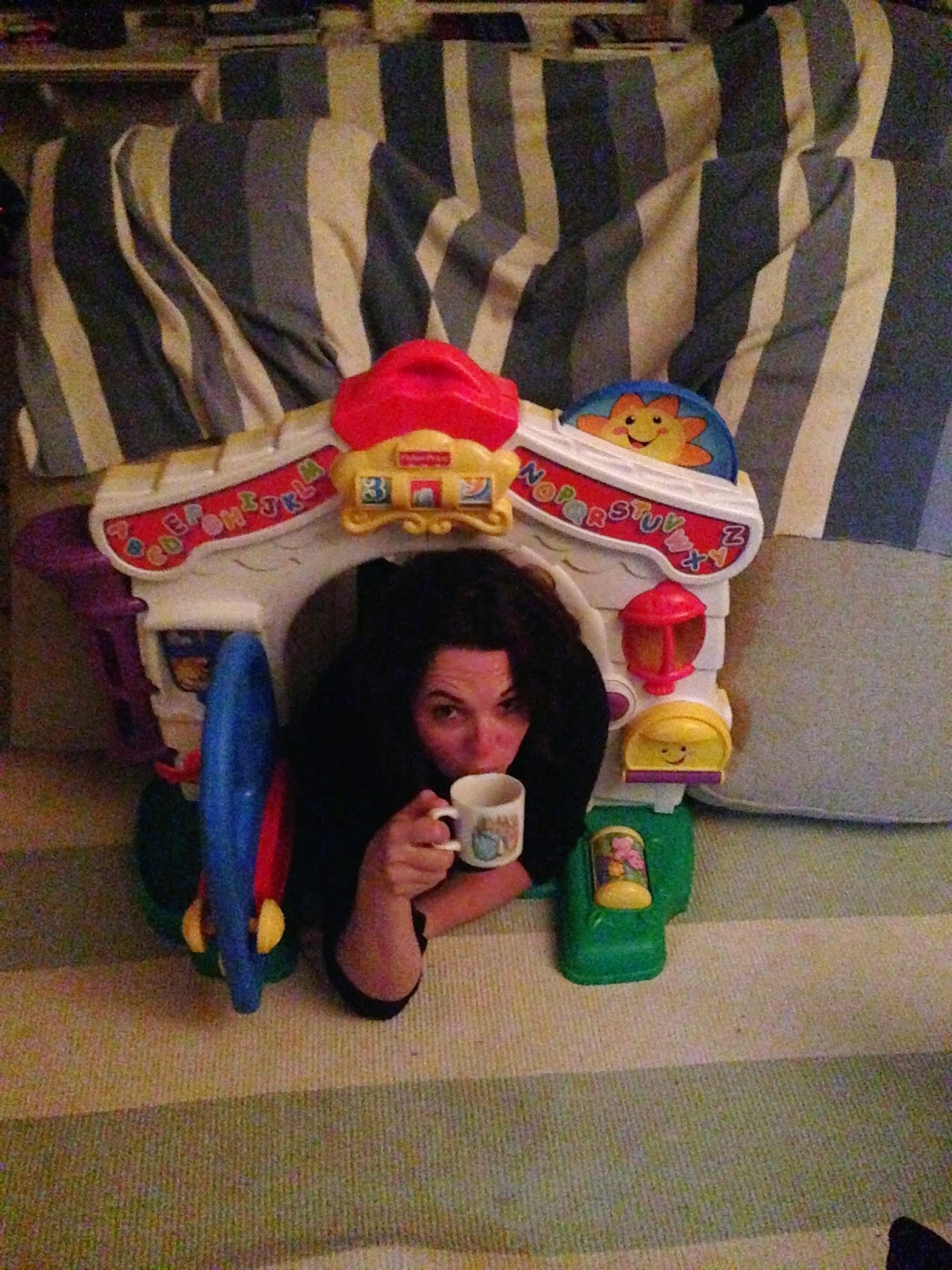 People drank a lot of tea. And gin. And ate lots of cake and oysters. 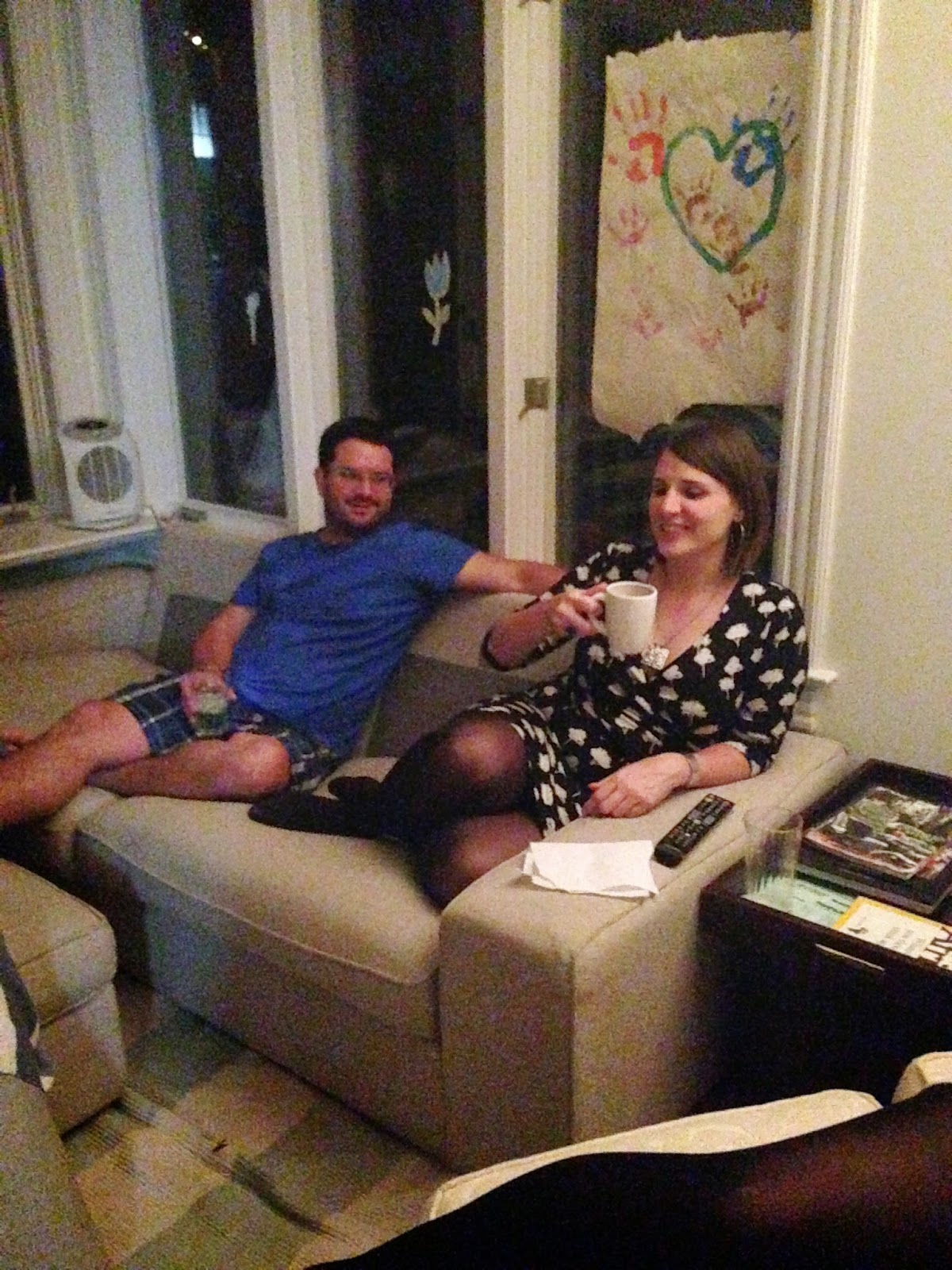 We had some silly times. 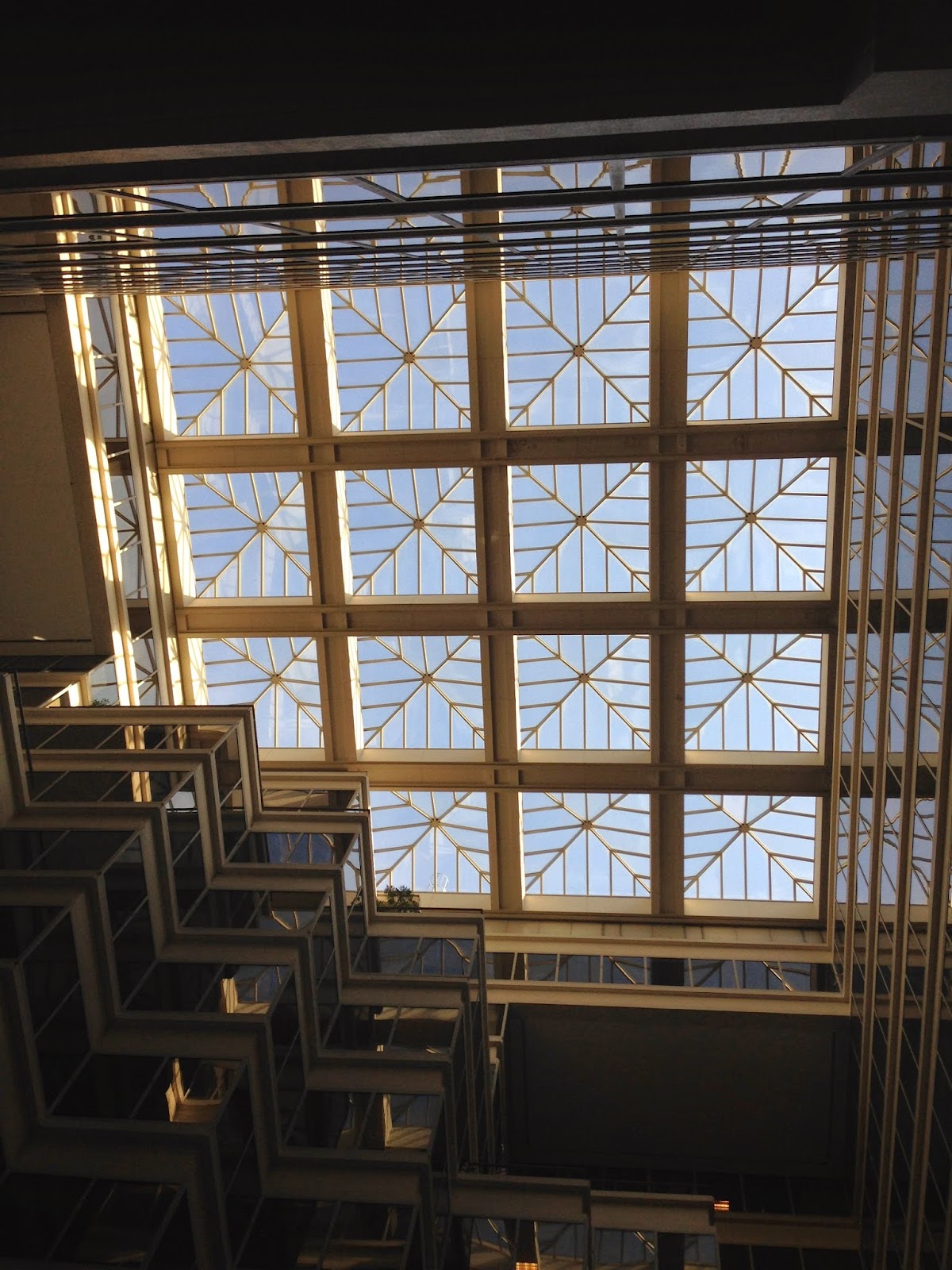 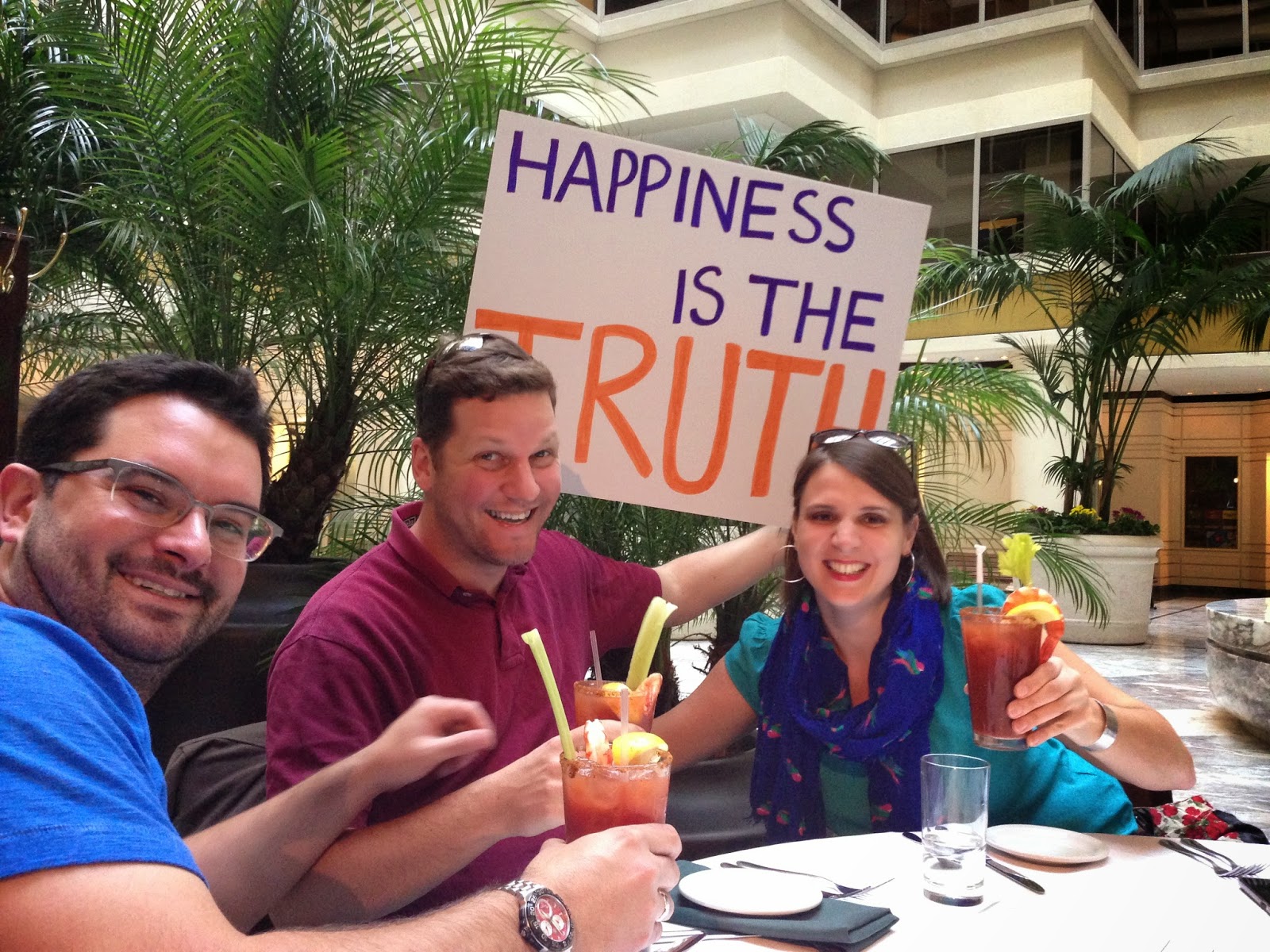 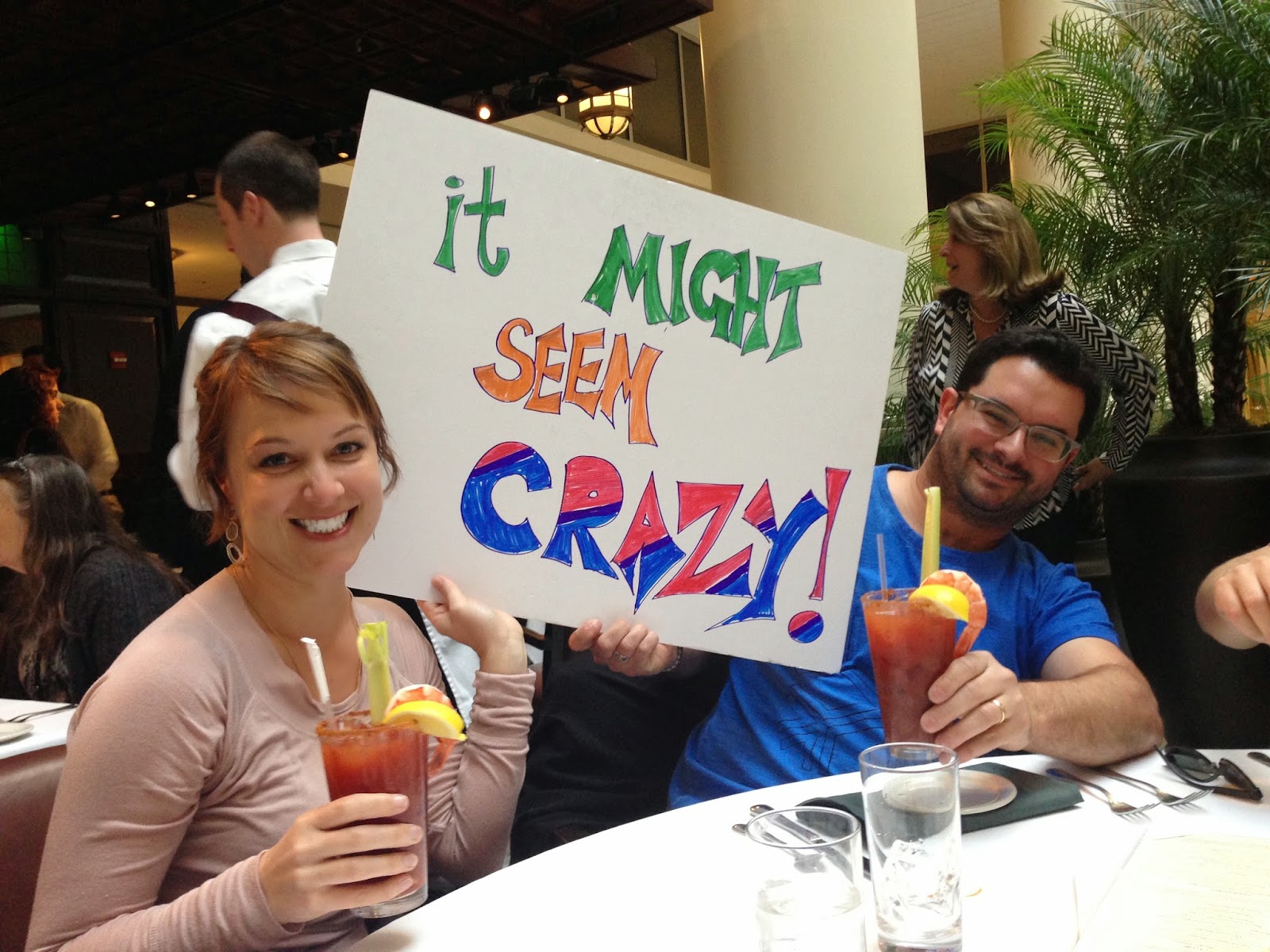 It really was. And it was the best. 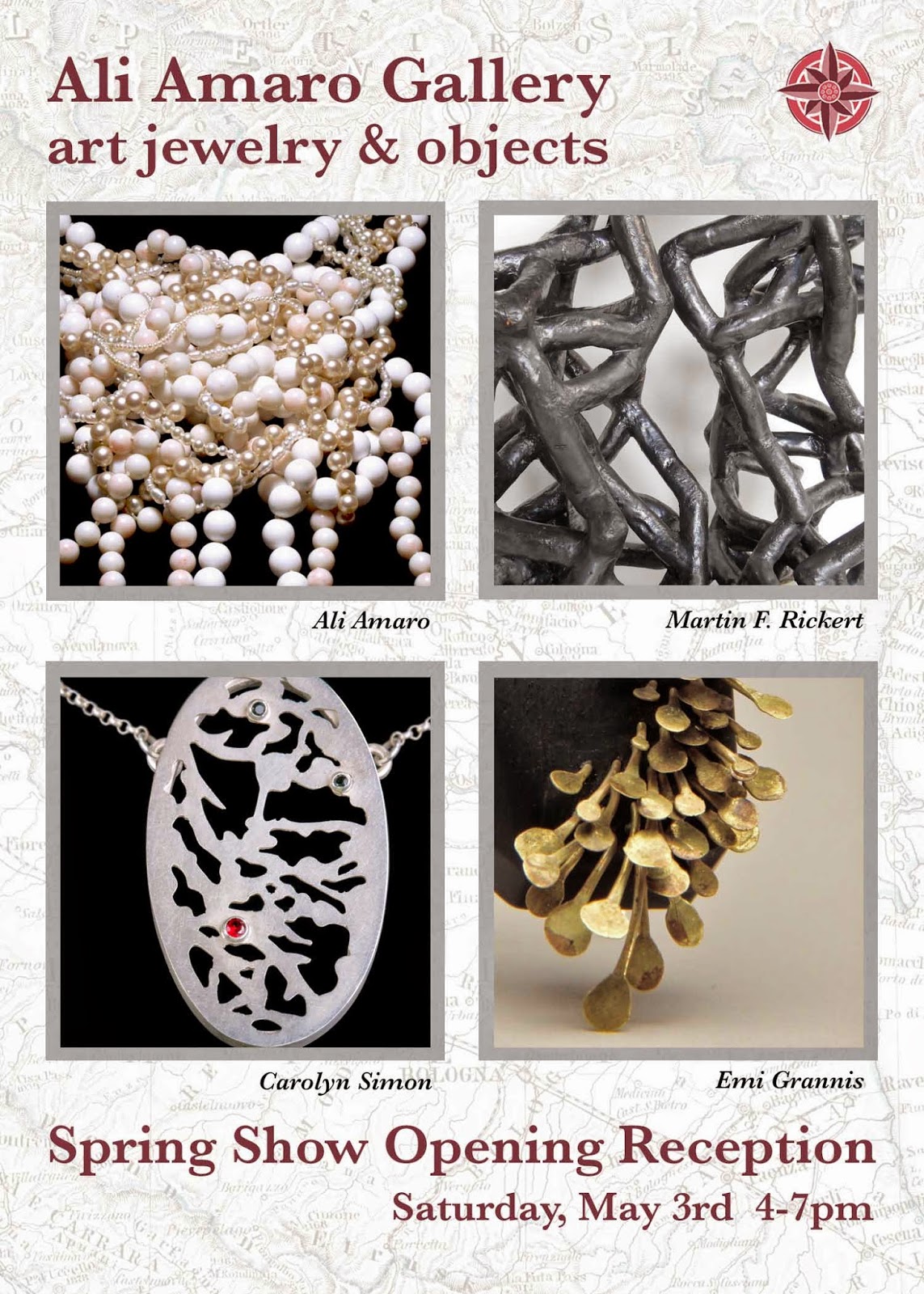 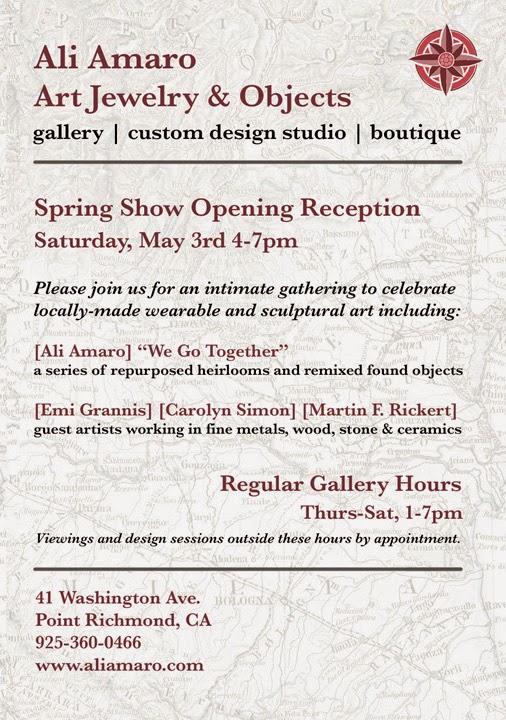 The discomfort of taking a risk, seeing through new eyes, reaching beyond what is obvious...
Often difficult, always worth it.
Posted by Ali Ambrosio at 4/16/2014 10:03:00 AM No comments:

You can take a girl out of New Mexico...

I'm excited to share that two of my bolo ties and a letter to the editor have been included in this month's Lapidary Journal / Jewelry Artist magazine. Check it out! (click the photo to enlarge) 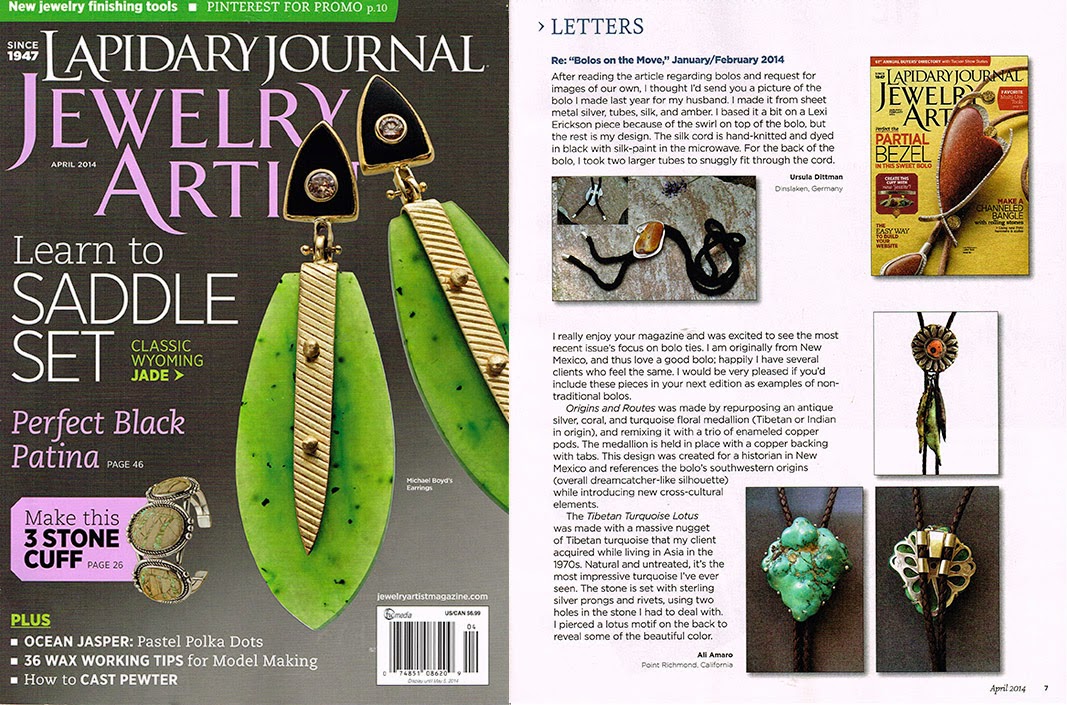